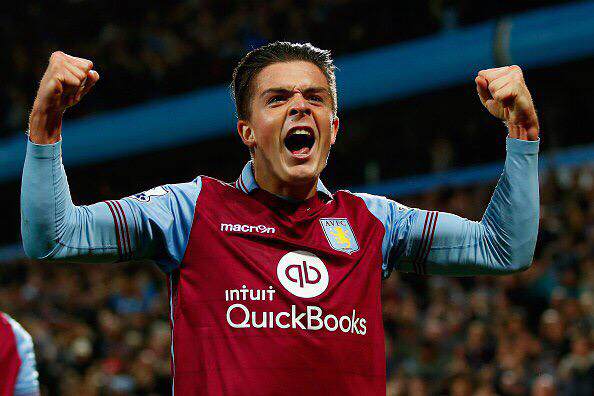 It has been a poor month, not a single League victory and we have slid down into the relegation zone. However there were 5 players who stood out in September and it’s important to recognise that. Last months review can be found here.

Grealish had a good September, his greatest moment was definitely scoring his first goal for the club in the game against Leicester City. And it was a well taken goal. Since than Grealish has had more shots on goal as of late, have 1.8 shots per game (second best) and has the more successful dribbles per game (3) than any other Aston Villa player. He has distributed the ball well and is very confident on the ball. In fact the ball seems to be glued to his feet and as a result has won Villa 2.3 freekicks per game. Grealish will keep on getting better but it’s been a good month for Grealish

Amavi is in the top 5 for a second month in a row. This time it’s less about his defensive strengths and more about his strengths at getting forward. Amavi now tops the assist list for Aston Villa with a total of three, two of those came in the League. Amavi remains Villa’s highest rated player on Whoscored after making the most tackles (4.6) and interceptions (3.9) for Villa so far. Amavi did pick up the most yellow cards this month with a total of 2. Admittedly he hasn’t done as well as in August, he needs to learn to dribble less in the defence after some dispossession have led to goals for opposition teams. But he is still young and probably one of the best defenders at his age in Europe. Let’s hope he keeps form up

Gil returns to the starting 11 since February and scores a goal. And what a goal it was. Despite making only 2 appearances this month, Gil did impress. He always wants the ball, isn’t afraid to run at the defenders and tries to create as much as possible. Gil has a high passing success rate (86.4%). Like Grealish, Gil likes to run with the ball and as a result has produced 1.3 successful dribbles per game and has won 1.3 free kicks for Villa. I want to see Gil playing more, he was hindered with a lack of fitness but he should be starting in the centre of midfield more often as he has been more effective than Sinclair playing in a similar position.

What a turn around for Gestede. I was recently criticizing Gestede for being too ineffective in games and since that article, he has banged in 3 goals for Villa. He is now Villa’s second top goal scorer but scored the most goals for Villa in September. Gestede has the most shots per goal for Villa (2.6) and has won the most aerial duels for Villa with 6.6 per game. I’ve noticed that Gestede often plays better after scoring a goal in a game, maybe he has a few confidence issues? Regardless, his performance hasn’t gone unnoticed. Whilst I still don’t believe that Gestede will be as a good as Benteke, he clearly is the best forward we have right at the club and thus we must support him.

It was tricky, to pick a fifth player but I decided on Hutton. The defence has been poor this season, but I do believe that it’s strong with Hutton in it as opposed to Bacuna. But like Amavi, I chose Hutton in this top 5 for his attacking performance rather than defensive. He loves getting forward and supporting the attack, but the thing he, he’s really good at it. He can always find space and never stops running. He has provided his first assist of the season, equaling his tally for last season and he will most likely add to it. Hutton has made 2.5 tackles a game, 2 clearances per game and 1.3 key passes.