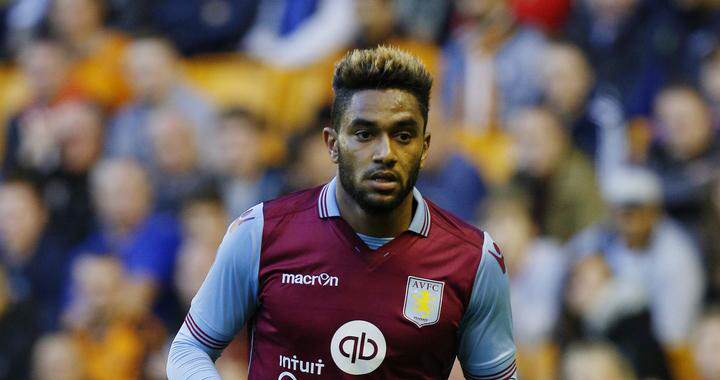 In August Aston Villa played 5 games, won 2, drew 1 and lost 2. But who stood out during the first month of football? I’ll make a short count down of who I think were the top 5 players of the month.

So far, Amavi has been Aston Villa’s best signing in the transfer window by a mile. Amavi instantly stood out with his energy, pace and his willingness to join the attack. Amavi is the highest ranked Villa player on Whoscored statistics’s and there are reasons for that. Amavi has made 3.5 tackles a game, 3.3 interceptions and 3.5 clearances. On top of that Amavi also provided an assist this month. All in all, it looks as though Amavi has finally solved Aston Villa’s left-back crisis.

Aston Villa’s top scorer so far has bagged himself the second spot in my top 5. Sinclair can’t stop scoring at this moment, in the past two games Sinclair has scored 5 goals. His performances has not been top notch I admit, but his spacial awareness is very good and he is always there where he needs to be. Which is why Sinclair has been able to score 5 goals so far. None of his goals will make a top 5 goals of the week, but they are resulting in points. Sinclair is also the only player in this top 5 that hasn’t played every single minute of Premier League football. Perhaps it’s time that he starts and finishes the game more.

Clark has not quite reached the form of last season but he is slowly getting there. Clark has helped Villa keep one clean sheet which was in the game against Bournemouth in the first game of the season. But on top of that, Clark has made Whoscored top 5 centre-backs in the Premier League for the month. So it would be foolish to not include him in this list. Clark is tied for the most interceptions per game with 3.5 a game for Aston Villa. Clark has also produced the most clearances for Aston Villa so far with an average of 9.3 a game. On the down side, Clark has picked up the most yellow cards from any Villa players, with 3 yellow cards picked up already.

Richards has done well to settle in his spot in the centre of defence. When Richards first arrived at the club I was a bit skeptical that he could play in the centre of defence. Nonetheless, Richards uses his experience to get the better off the opponents forwards. Richards is tied with Clark with the most interceptions for Villa (3.5 a game) and does well to cover the right side of the defence whenever Hutton/Bacuna are in advanced positions. What Richards has been really strong is with keeping the opposition off-side. He is the player that most frequently get’s opponents attacks offside.

The man responsible for replacing Delph has done well so far. Whilst not necessarily being over spectacular, he has been solid in midfield. Gana has on of the best tackling stats in the Premier League, with an average of 4.3 tackles a game, making him the 6th best tackler in the Premier League. Outside of that I still expect more from Gana. I want to see him pushing up the player more, and running at defenders more. But in his defence, it has been his first month of English football and he will only get better.