Browse: Home » Where Are They Now? Bouma, Harewood, Shorey & Milner

Where Are They Now? Bouma, Harewood, Shorey & Milner 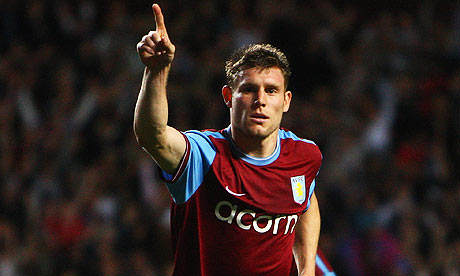 Aston Villa have seen plenty of players coming and leaving over the past few years, but we have never actually taken a chance to look and see where they are now or what they have achieved since leaving Aston Villa. In this article I will be looking at some players who have departed Aston Villa in the season of 2010/11, 5 years ago.

Wilfred Bouma was adored by Villa fans, he was a very solid left-back but haunted with injuries during his stay at Villa. He arrived at the club in 2005 and left on a free transfer to PSV in 2010. Bouma played for 3 years at PSV and during his time he made 102 appearances for PSV and scored 6 goals in all competitions. He played his best football during his first two years for PSV before making a less appearances in the season of 2012-13. During his stay with PSV Bouma won the KNVB Cup in 2012 and the Johan Crujiff Shield which is the Dutch equivalent of the Community Shield. Bouma retired from football in 2013.

Harewood was an odd signing for Aston Villa, arriving at the club in 2007 for £4 million, Harewood went on to to make 30 appearances for Villa over the course of the 2007-08 and 2008-09 season scoring a total of 7 goals for the club. Harewood was considered a flop and was often unhappy with his lack of game time. Harewoods best football came off the bench where he was labelled a ‘super-sub’ by Martin O’Neil during his first season. But didn’t achieve more than that. Since leaving the club in 2010 on a free-transfer to Blackpool, Harewood has moved around a fair bit. Since moving to Blackpool, Harewood has played for another 7 clubs! Including a stint in China. His transfers include: Blackpool, Guangzhou R&F, Nottingham Forest, Barnsley, Bristol City and Hartlepool. Today he plays for National League North side Nuneaton Town. Harewood’s best football since leaving Aston Villa is arguably for Blackpool where he scored 5 goals in 11 appearances for Blackpool.

Nicky Shorey was an exciting acquisition for Aston Villa, he played very well for Reading at left-back, but unfortunately he was unable to replicate that form for Aston Villa. Arriving at Aston Villa in 2008, he was brought in as a replacement for the injured Bouma. Shorey made a number of defensive mistakes for Villa and lost his place to Luke Young, who moved from the right-hand side of defense to the left. That alone defines Shorey’s stay with Villa. Departing to West Brom for roughly £1.26 million. Since leaving Villa, Shorey has moved to Reading, Bristol City, Portsmouth and Shorey is currently playing football at Pune City in India. Shorey’s best football was at West Brom where he made 57 appearances for West Brom. But it’s fair to say, that Shorey has never recaptured his Reading form.

What a player James Milner was for Aston Villa. Milner arrived to Aston Villa for a second stint, in 2008. Milner was immense for Villa as he played in central midfield. His best season was in 2009-10 where Milner made 49 appearances that season and scored 12 goals. Milner arrived for £12 million and left for Man. City for £26 million, which included Stephen Ireland. Since then he played for Man. City for 5 years making a total of 202 appearances scoring 18 goals. Some say Milner got better at City, I say otherwise. Milner was often played outwide and made plenty of substitute appearances. I firmly believe that his best position is still in the centre of midfield, and during his 5 years at City, he still scored 18 goals, one less than during his 3 year stay with Aston Villa! Today Milner plays for Liverpool, where has he plays with former Villian Benteke. Milner has so far made 14 appearances, scoring 1 goal that goal was against Aston Villa ironically. Still from all the players from this list, Milner has made the most out of his career since leaving Aston Villa. But in at the same time, he was one of Villa’s best players.