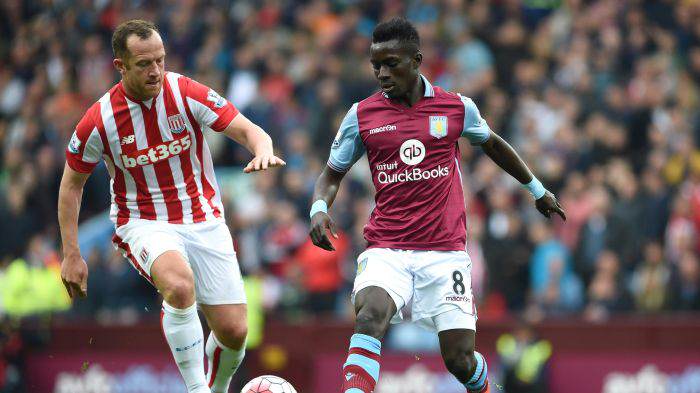 It has been a while since October, but due to a busy November and exam I have been unable to post this earlier. But I always feel as though International Breaks are the best time for such articles. October was a very poor month for Aston Villa, Villa lost all 4 games and only scored 2 goals while conceding 7. Still, I believe there were a few players who stood out, and without them, the results could’ve been way worse. Normally, I’d do a top 5, but I believe that Villa were so poor, that it wouldn’t be fair to name 5 players. So I ended up naming just 3.

1. Idrissa Gueye (Gana)
Gana was injured for most of September, but did come back in October and played very well. He has loads of energy and whenever he has played, played the full 90 minutes. Gana has a good rating on Whoscored boasting good passing success rate (86.4%), the top tackle rate (3.7), 3.3 interceptions and most fouls (2.7). But what I really like about Gana is that the likes to drive the ball into the attack. He isn’t afraid to take a shot and likes to get involved in both the attack and defense. He is yet to score for Villa, or provide an assist but I reckon he will soon grab his first goal for Villa because he likes to get involved. Gana has definitely been one of our better signings and as he plays more football (and hopefully avoids further injury) he will definitely end up being one of our better players this season.

2. Jordan Ayew
I’ll admit, his first few games of October weren’t great, but Ayew has definitely been getting better and better. I’m not sure what has changed with Ayew, but he is very determined, creative and energetic. In October Ayew got his first goal for the club, in the game against Swansea and has played well on the right-hand side of attack. Ayew has also been climbing the Whoscored table recently, in September he was ranked 17th, and in October climbed to 15th. That might not sound brilliant, but it shows that Ayew is improving considerably and Villa fans will hope that he continues that growth.

3. Micah Richards
Richards has been fantastic since coming to Villa. I wasn’t sure if he could play at centre-back, but so far he has done well. I’d admit, no clean sheets makes you wonder why he’s selected. But out of all our centre-backs, Richards has always been there. No matter who he plays alongside, he has done well and played with his heart out. He wants to win with Villa and I like to see that. Richards makes a lot of interceptions (2.8 per game), 7.1 clearances, and 0.9 blocks per game.