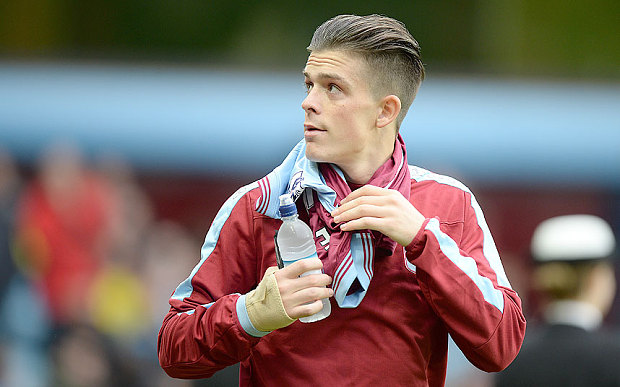 It’s been another two months and I have decided to do another top 5 flops of the last two months. In my opinion the whole club flopped the past two months, not only have we failed to win a single game. But we are dead stone last. Perhaps some of these players are to blame for our poor performances? Or should we be looking at the bigger picture.

Despite playing 374 minutes of football and making 6 appearances these past two months, Grealish has been woeful, a complete shadow of him former self. Grealish failed to score or provide a single assist, but on top of that, he was simply poor. Often invisible in most games and didn’t really provide Villa with much attacking threat even when he did have the ball. Towards October, Grealish lost his spot all together to Sinclair, but that was largely due to his party lifestyle. Perhaps his banishment to the U21 squad sums up Grealish’s last two months. In poor form, and when going out to release some stress, get in trouble for partying after a 4-0 defeat…

Poor Gestede, went from a superb September to a miserable October and November. While Gestede’s form has gone out the window, Ayew’s has done the complete opposite. If only the pair could start firing for Villa… Gestede did make 8 appearances these past two month, but its worth to point out that most were substitute appearances (particularly in November). But for a striker to not score, or provide an assist in two months, is a bit weak. Speaking of weak, Gestede doesn’t really make himself a big physical presence in the opposition box. Many fans have started to label him a lamp post. Gestede’s Villa career has done a complete U-turn, from the ‘Rudy, Rudy, Rudy’ chants, to know being known as a lamp post. Still, there is time for Gestede to turn it around and perhaps he’d be able to do that if his teammates played more to his strength by wiping in more crosses into the box?

Richardson played a lot of football this month, but not because he was simply Villa’s best option, no. Jordan Amavi is out for the rest of the season and so comes in Richardson. Does he step up? Unfortunately he is yet to. Richardson may have been a left-back for years, played in the League for as far as I can remember, but he gets beaten far too easily. Richardson doesn’t have the pace he quite had in the passed. The only saving grace for Richardson is that he was able to provide an assist so he has been effective when going forward. But he is going to have to work much harder and perform better, if he is to keep his spot at left-back, particularly since there is talk of Cissokho coming back from his loan spell.

I’ll admit, Guzan has been improving, particularly under Garde. But you can’t ignore the fact that Guzan let in an absolute howler against Chelsea. I don’t think Guzan has been as solid as he has in the past, is it a confidence issue? Who knows, but Guzan is starting to get back to his old self, and it appears as though his slump of form largely occurred during Sherwoods era. Guzan has only been able to keep 1 clean sheet these past two months (3 in total) and I reckon could do better. Whenever the opposition have a chance of scoring, lately I feel less confident of Guzan making the save, and sometimes feel that Guzan should’ve done better with some strikes. Still Guzan has been in the club for some years and he can get back to his best.

Perhaps a bit harsh, considering Lescott started December with a bang. But in the past two months, Lescott hasn’t been great. A bit sluggish, poor positioning and easy to take on. Lescott did lose his spot to Clark when Garde took charge so hopefully Lescott will be able to step up and help his boyhood club survive. Dropping Lescott might even do him some good, knowing that a mediocre performance will not be enough to keep his spot in the starting 11. Unlike his guaranteed spot under Tim Sherwood.