Browse: Home » Tim Sherwood NOT Given a Two-game ultimatum

Tim Sherwood NOT Given a Two-game ultimatum 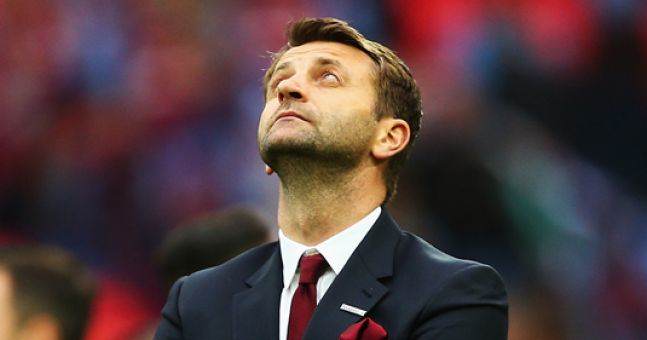 Skysports claim that Tim Sherwood has not been given a two-game ultimatum, despite the majority of other British tabloids reporting contrasting reports about Sherwood’s future at Aston Villa. As reported earlier in the week. Sherwood has to win either against Chelsea or against Swansea if he wants to remain Villa’s manager. Skysport claim that the meeting arranged between Lerner and Villa’s board members in America during the International break was organised way before hand and Sherwood’s future was not on the agenda. But Villa’s poor form was discussed. Sherwood was invited to the meeting, but he declined and choose to focus on preparing the Villa players ahead of the match against Chelsea this Saturday.

I’m not happy with the way things are going, but I will continue to support Sherwood for another two games. If we can pull a victory against either Chelsea or Swansea than I believe that Sherwood can turn it around. If both end with a defeat, I would’ve had enough. Sherwood needs to replicate the form that saw Villa survive last season, I know that he has that in him to turn it around. I don’t think it would be a good idea to allow Sherwood to manage well into Christmas if results don’t turn around. Allow the new manager to assess the squad before, perhaps making some of his own transfers in January.

We’re now in October, and I feel as though the excuse of team gelling is not valid anymore, we’ve had 2 months of football now, the players should know each other by now. Watford also brought in a host of players, but despite being a promoted side, they’re doing fine. A defeat against either Swansea or Chelsea could easily see us drop to the bottom of the Premier League table, if that happens, survival would be more difficult than ever.