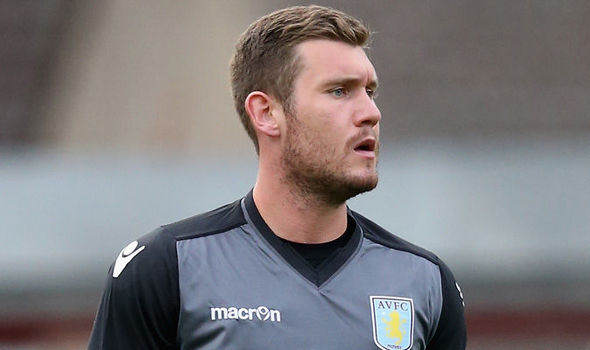 Young keeper, Jed Steer has been given a new 3-year contract as he continues his development at Aston Villa, and his one-month loan deal at Huddersfield Town has been extended for an additional month. Steer did join Aston Villa on a free transfer from Norwich and is rated by Sherwood. Steer did make his Premier League appearance under Sherwood in Villa’s 0-1 defeat to Burnley at the last game of the 2014/15 season. Since joining the club in 2013, Steer has gone out on loan to Doncaster Rovers, Yeovil Town and now Huddersfield. In all his loan moves, Steer has often found himself as the first team keeper, which shows that he has quality.

“I am delighted to commit my future here at Villa.

“It’s a fantastic place to be – but I am also enjoying getting regular football at Huddersfield Town too.

“It’s been good for my football education.

With Guzan’s shaky form, who knows, maybe Steer will establish himself as Villa’s first team keeper next season. He does have the potential to become a great keeper for Aston Villa. But at the same time, Aston Villa have a lot of keepers at the club: Guzan, Bunn, Siegrist and the most recent addition to the club Sarkic from Anderlecht. What we know for sure is that if Guzan does get injured or suspended, we will have no shortage of keepers.