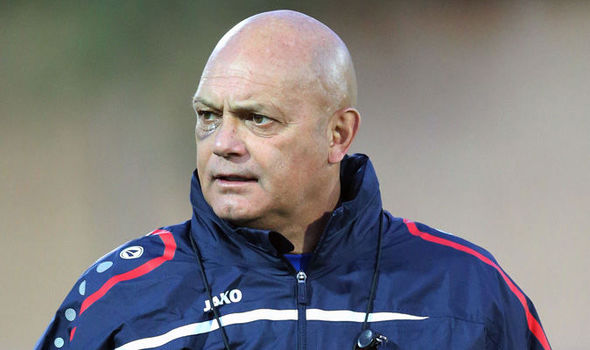 The well known Ray Wilkins has joined the Aston Villa coaching staff. Wilkins is famously known for his work at Chelsea as an assistant coach to the likes of Gianluca Vialli, Luiz Felipe Scolari, Guus Hiddink and Carlo Ancelotti. That is quite a resume. Since leaving Chelsea he had stints in Fulham and an unsuccessful managerial stint with Jordan. Just how good is Wilkins? Here is what Ancelotti had to say about Wilkins in his autobiography:

Ray is one of those select few, always present, noble in spirit, a real blue-blood, Chelsea flows in his veins … without him we wouldn’t have won a thing

Minus the Chelsea blood, he will add a lot of experience to Tim Sherwood and the other coaching staff. So far it’s unclear if he will be made assistant manager but he will be working alongside Kevin McDonald and Tim Sherwood.

“I was talking to Tim Sherwood – I have been for the last couple of weeks – about going on board and joining the coaching staff and assisting. Tim has just now confirmed that I will be going on board. I’m absolutely thrilled to be back involved.

They should be a top-10 team in the Premier League, simple as that. They showed at the end of last season what they can achieve, and we’ll work hard to do that. They’ve got a good squad, but it can work a lot better and a lot harder.” – Wilkins

I think that bringing in Wilkins will be a fantastic addition, Sherwood doesn’t have too much Premier League experience so I think it’s good that he has been able to bring in Wilkins who has worked with some of the best managers in the game, and players. It could be that Wilkins and McDonald will split the work, quite possible Wilkins will work more with the first team while McDonald works with the youth set up at Aston Villa (as was his previous job). Such a set up would benefit all players around.