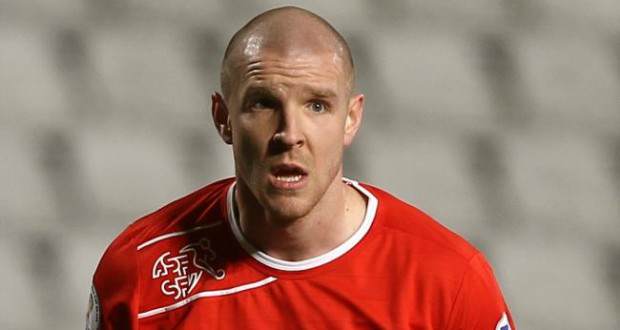 Former Fulham defender Philippe Senderos is set to sign for Aston Villa today on a free transfer. Senderos was released by Fulham at the end of the season after his loan spell at Valencia ended. Senderos will kick-off Aston Villa’s transfer business this summer. Senderos will be probably used as defensive cover after injuries affected the entire back 4 last season.

Senderos isn’t exactly what I’d call a good player, Fulham fans have often criticised the defender for making mistakes. It also shows just how little money Lambert has to work with. Senderos’s wages are probably going to be payed for using Albrightons and Delfouneso’s, who were both released just a few weeks ago.

Still, as back up, he’ll add some experience to our back 4 and it’s good to see Lambert getting at least one player in, especially during the summer of uncertainty. Could this possibly be our only transfer deal of the summer? Sure looks like it, since Lerner is struggling to sell.

Senderos will be unveiled as an Aston Villa player on Thursday after he completes his medical. He will then fly out to Brazil to join up with his Swiss team-mates ahead of the World Cup.