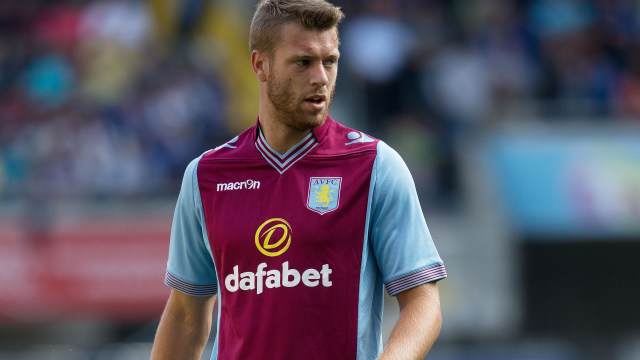 It appears as though Nathan Baker might be the latest player that could head through the exit door as the Birmingham Mail reports that Tim Sherwood will allow Nathan Baker to leave the club if Villa receive a bid of around £2 million for the English central defender. Baker (now aged 24) has had a poor pre-season making several mistakes and with the recent arrival of Richards and Crespo is seems as though there isn’t room for Baker in the starting 11.

Baker had come through the youth academy at the same time as Ciaran Clark and has made over 78 appearances for Villa. Baker played a role under Paul Lambert and played in some key fixtures for Tim Sherwood. However selling Baker might be a mistake since Baker is still a decent, no non-sense defender. Some Villa fans claim that losing Baker would be the equivalent of losing Gary Cahill as Baker is still young and a lot to offer. However Baker’s recent injury record has been poor. But throughout his career some fans have claimed that he had been developing at a faster rate than Ciaran Clark (until the last season).

It’s a difficult decision, Baker is a good player and has played a vital role for Villa over the years but perhaps it is time to let him go after the arrival of Richards and Crespo. Additionally it appears as though Okore and Clark are ahead of Baker in the pecking order. Burnley and Middlesbrough are strongly linked with Baker, but I reckon a fee of £2 million is too low for young Premier League player, I reckon £4-5 million would be more fair.