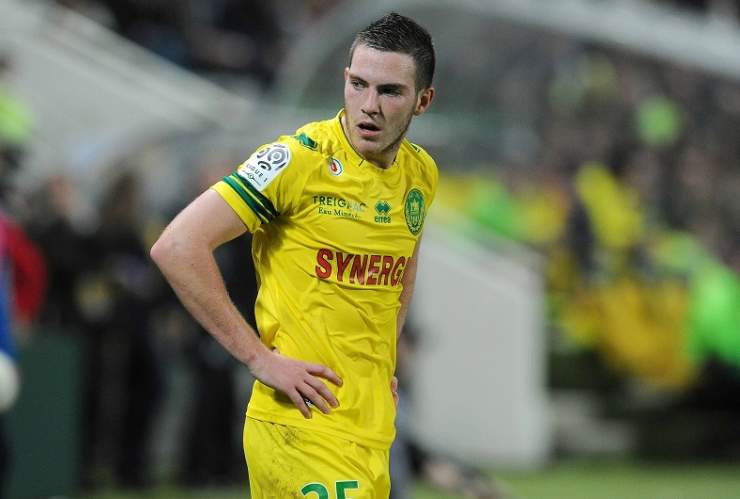 Tim Sherwood has been busy this week securing some key signings. It’s rumoured that Nantes midfielder Veretout will join the other two Jordan’s at Aston Villa this season with an alleged £10 million bid accepted for the midfielder set to replace Delph this season. Additionally it’s strongly believed that Adebayor will be arriving at Aston Villa this season for a full season loan deal with a view of a permanent transfer.

Let’s start with Jordan Veretout, at the age of 22 he is a very young, yet very highly rated central midfield. He topped the Ligue 1 charts for more chances created. It looks as though Veretout is set to be the replacement for Fabian Delph who has recently moved onto Manchester City.

This move has been confirmed by Nantes President Waldemar Kita who told L’Equipe:

‘We are basically agreed on everything,’

‘I am obliged to give in, he is 22, he has a big future and he will play for a great English club.’

Veretout has been linked with the likes of Liverpool and Tottenham but it looks as though Aston Villa have made the first move to bring in the young French midfielder.

Additionally, rumours are strongly linking Adebayor to Aston Villa. This rumours don’t stem from tabloids themselves, ITK rumours and people who know friends that work for Aston Villa have also confirmed that Adebayor is set to sign a 1 year loan deal with Aston Villa. It seems as though Adebayor will be Villa’s replacement for Benteke with Sherwood convinced that he can get the best out of Adeabyor again after he scored 14 goals during the 2013-14 season with Tottenham.