Browse: Home » Clark and Bacuna Behind the Improved Defence

Clark and Bacuna Behind the Improved Defence 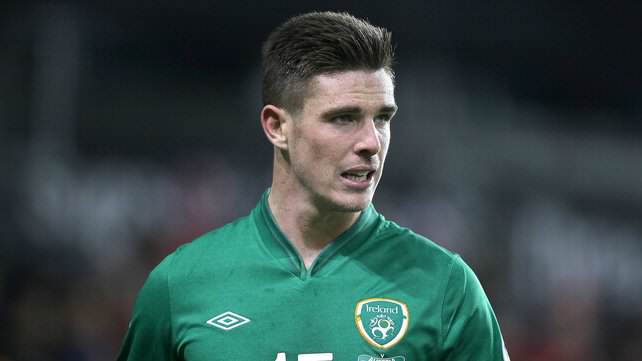 Last season Aston Villa had one of the worst defence’s in the Premier League, conceding a total of 69 goals. Youth and inexperienced was blamed for poor marking, and Villa’s incapability of defending set pieces. This season, players have matured and as a result, Villa’s defence has already kept 2 clean sheets and only conceded 2 goals in the last 3 games. Behind this recent form are two defenders who have certainly impressed, Bacuna and Clark. Bacuna is a versatile midfielder that is capable of playing in the right-back position, not only is he strong defensively, he is very much capable of going forward and getting involved with the attack. Clark, meanwhile had a terrible pre-season and many fans questioned whether or not Clark had a future at Villa Park. Last weekend, he was given a rating of 8.70 from the ‘Who Scored Best’ organisation.

I personally find it difficult to find clear-cut difference’s between Lowton and Bacuna. Lowton hasn’t been playing well this year and it’s hard to find to many positives in his play. But if we compare last-seasons Lowton to this seasons Lowton, I find it extremely difficult to figure out what Bacuna does, that Lowton doesn’t. But, I’ll give it a shot; Bacuna has a better work-rate, appears to be faster and closes down the opposition’s wingers with greater ease and at greater effectiveness. He also offers a threat from set-pieces and free-kicks, something Villa haven’t been able to offer since Young, Downing and Milner all left. What Bacuna offers is a more confident, more reliable right-back, this has allowed Ron Vlaar to focus more on his central defensive role. Nonetheless, since Bacuna has come into the side, he has been involved in 3 clean sheets, from both the League Cup and Premier League, meaning that he’s simply playing very well and will improve defensively with every game.

I’m in full of praise for Ciaran Clark, I will be quick to admit that I didn’t think Clark had a future at Villa Park. I felt as though Baker and Okore were miles better than Clark defensively, and both had much more potential being a lot younger than Clark. Boy was I wrong, ever since he’s filled in for the injured Baker and Okore, he’s been playing terrifically. He’s partnership with Vlaar had developed into a very strong one. What I like about Clark is that he does what I seek in a defender, clear the ball, and insure it doesn’t come back into the box. He has played 70 games for Aston Villa and it appears as though his experience has aided his just at the right time.

Vlaar and Luna have also been playing rather well, the reason why they haven’t gotten as much praise is because performance was always expected from both Vlaar and Luna. We all expect Vlaar to improve this season and lead the defence, he has done that. We’ve all expect Luna to be an improvement over Bennett, he has done that at times. But very few people expected Bacuna and Clark to become Villa’s key defenders this season. Their form is the main factor behind Villa’s good form, and both will be key in Villa’s game against Tottenham this weekend.