Browse: Home » Agbonlahor Set to be Dropped for Sinclair

Agbonlahor Set to be Dropped for Sinclair 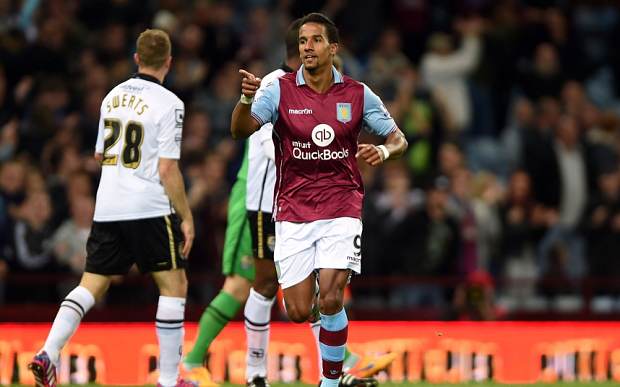 Tim Sherwood has been pressure by Aston Villa fans to drop Gabriel Agbonlahor after the forward played 3 games without scoring a goal, or providing an assist. During the 5-3 victory over Notts County, Scott Sinclair stood out again scoring his second hat-trick this month (the first being against Nottingham Forrest in a pre-season friendly). For the game against Notts County, Sherwood played a very attacking side in a 3-4-3 formation, with Sanchez often dropping off into the back 4. However, Sherwood does recognise that should an offensive lineup will not be affective against Premier League opposition.

“He’s only played three games and no-one has scored (in the league) except for Rudy Gestede.
“But everyone’s position is under threat, always.

“If you’ve got a nice balance to your squad and people (referring to Sinclair) who are willing to turn in performances like that and put themselves on offer, I’ll consider everyone.
“That also includes the kids.” – Tim Sherwood

Sinclair has often played outwide on the left, however, if Sherwood wants to play Grealish as well in behind the forwards the only logical thing would be to partner Sinclair with Gestede. Or, if Sherwood is feeling ambitious, give Sinclair a Walcott-like role. That I admit is a bit of a long shot, but it’s something that Villa fans have discussed this week. So far Sherwood has experimented with a 4-4-2 formation, 4-4-1 and 4-3-3. But I reckon a formation with trying out would be a 4-2-3-1. With Sinclair out wide on the left, Gil/Traore on the right and Grealish as the number 10 with Gestede upfront. That would give us the much needed attacking, and creative edge that would put Villa above our opposition Sunderland over the weekend.

“You know when you take a lot of goals out of your side, you have to look around your club and see what goals are left,” he said.
“On history Scott is a goalscorer. He scored a few for me last season in the cameo he had.

“We might just need to find him a place in the team at some stage.
“If you look he finds himself in good positions. – Tim Sherwood

What is strange is that Sinclair didn’t necessarily have a great game, but his position was sublime and was where he needed to be at the right time. His hat trick was arguably very easy but as things stand, our midfielders have scored more goals than our forwards. And as a result, it seems that our best bet of goals is to play with 5 midfielders, 3 of those being more attacking midfielders.