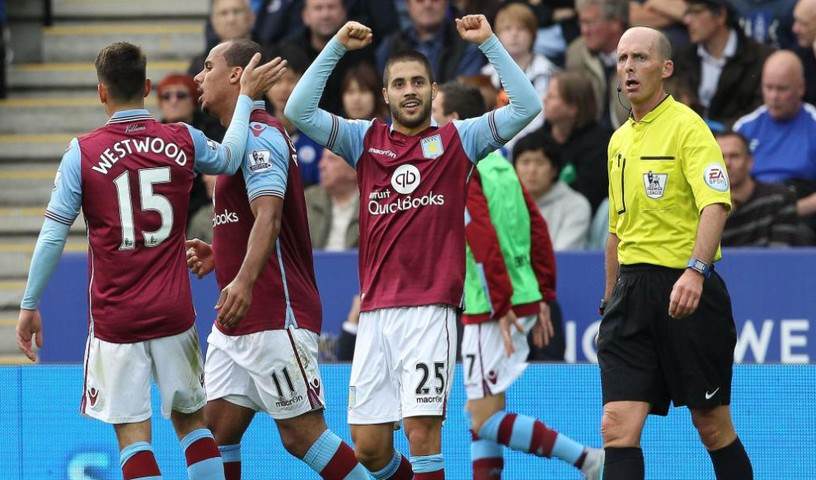 Whilst I am absolutely furious in the manner in which Aston Villa threw away the game against Leicester. I think I’ll be better off if I think a little more positively. The thought of positivity made me think about Carles Gil performance during yesterday’s game. Many, many Villa fans were screaming for Sherwood to give Gil a chance, and finally, since February of 2015, Gil has made a start under Sherwood. And boy did he repay that faith.

Gil was one of Villa’s best players, and in my opinion, performed better than Grealish. What I found very interesting was Gil’s positioning. It appeared as though Gil was given a free role by Sherwood. Having originally started on the right hand side, Gil was often found in the middle of the park. But when it came to defending, Gil would back track and help Bacuna on the right hand side. What I also appreciated was that Gil always wanted the ball. Whenever Sanchez or Westwood were in possession of the ball, Gil would also run in and ask for the pass. It was good to see a player that wanted to the ball so often.

Gil’s goal was very well taken. That was Gil’s second goal for Villa, and first in the Premier League but all his goals have so far been absolute screamers. The one negative thing I’d say is that Gil tried to out dribbler to opponents sometimes too often. And he is yet to gain full match fitness. Perhaps when he does gain full match fitness, his ability to go around players will also improve.

What does the future hold for Gil? I think Gil has made it very clear to Sherwood that he should be playing every game. His best position is definitely in the middle, with Grealish and Adama out wide on either side of him. Yes that would make an incredibly young midfield, but at the same time, an incredibly talented midfield. Let’s hope that Gil get’s more playing time in the near future.