Injury Update: Okore Out & Vlaar In 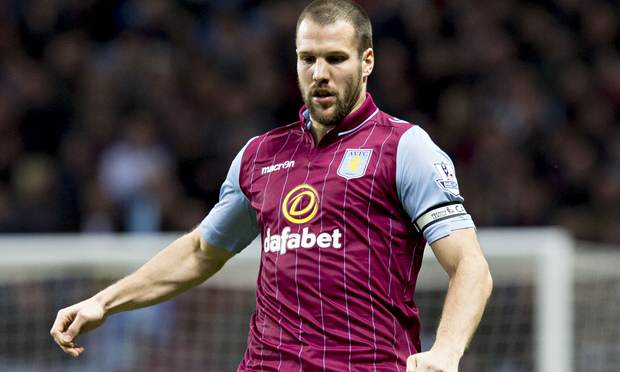 The recent injury news is as follows. Jores Okore has injured his knee whilst out on international duty with Denmark. He was forced to miss Denmark’s game against France and is struggling to be fit for Aston Villa’s next fixture against Manchester United. Okore has returned to Aston Villa, were the doctors will further assess the injury. Okore’s injury meant that Aston Villa were left with only 1 fit defender, Ciaran Clark.

However, Ron Vlaar has recently stated that: “I’m ready to ease your defensive crisis”. With Aston Villa being set to face Manchester United with just one fit centre-back, the return of Vlaar is a sign of relief.

“It was really frustrating to have the set-back recently,”

“It’s happened a few times this season but I feel good now and I hope to be in for the weekend.

“Hopefully we’ve found the cause of the problems now.” – Ron Vlaar

Vlaar will most likely play alongside Clark in the centre of the defence. But it’s unknown whether or not Vlaar will be leading the team out of the tunnel or Fabian Delph. Delph has stated that he want’s to keep the captain’s armband and has no interest in handing it back to Vlaar. Delph has committed his future with Villa, whilst Vlaar hasn’t. That’s why many Villa fans are content with Delph being our new captain. But all will be made clear on Saturday.