Browse: Home » Will Youth Be Given a Chance?

Will Youth Be Given a Chance? 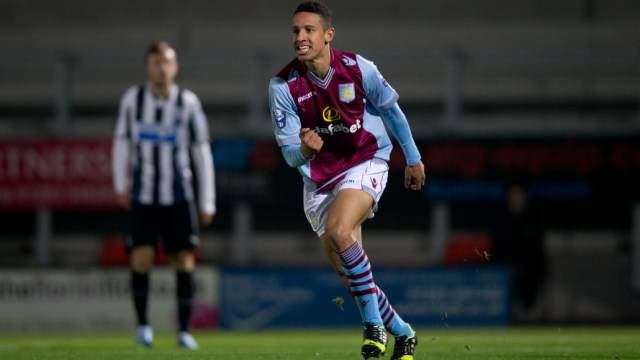 The injury to Christian Benteke has weakened our attack. Kozak is also out for the reminder of the season and that has left Lambert with just Agbonlahor, Weimann and Holt. But this injury could be a small blessing in disguise. Aston Villa currently have two young forwards who look very exciting. Nicklas Helenius and Callum Robinson. I don’t think Holt has that goal scoring ability he had two seasons ago.

We know a little bit about Helenius, when he has played he’s been very impressive. Has great technical ability and scored in his last appearance against Sheffield United in the FA Cup. I want him to play, but I reckon the vibe around Helenius has decreased a little bit because of the rise of Robinson.

Callum Robinson, 19 years of age has been scoring for fun for Aston Villa’s reserve team and it looks almost certain he’ll be given some game time against Fulham. Robinson has been on the bench for Aston Villa’s last couple of games so Lambert definitely rates him. So far he has scored 10 goals in 15 appearances in the Premier Leagues u21, that puts him in second place in the u21 top scorers table. He scored two goals in the recent 2-1 win over West Brom in the u21 fixture.

As the season enters its final stage, I’m sure Lambert will be keen on giving some of the young players a chance and Robinson seems the most likely to snatch the most appearances.

There has been a little bit of talk that Lambert is looking into recalling either Bowery or Delfouneso but I don’t think that’ll happen. Robinson has much more promise and should be given a chance against Fulham.