Browse: Home » Sherwood Has 2 Games to Save His Job

Sherwood Has 2 Games to Save His Job 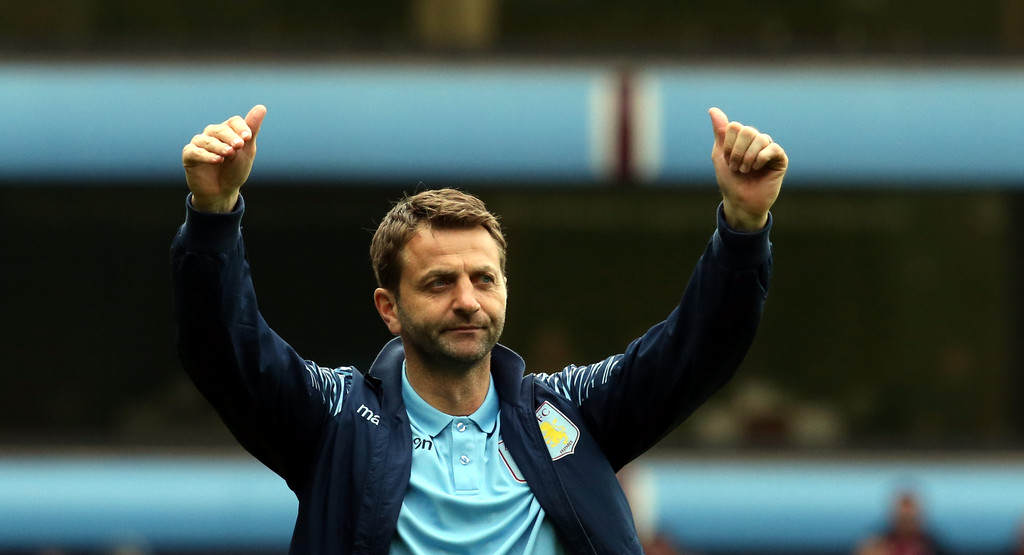 It is being reported by the Mirror that Tim Sherwood will need to one at least one of the next two games if he want’s to save his job. Meaning that Villa need to pick up 3 points against either Chelsea or Swansea. A defeat against Swansea at home will most likely cost Sherwood his job.

Randy Lerner will not be so patient with Sherwood, as he was with Lambert and understands that losing that Premier League TV money is something that Aston Villa, and Lerner can not afford. Another factor to Sherwood’s warning is our performances against teams that would most likely finish around us. Draws to Sunderland, defeats to Stoke and Leicester is not what most fans expected at the start of the season.

Another factor as to why Sherwood might get sacked, is due to the increasing high profile managers available right now. Rodgers is now available, and so is Lucien Favre who had previously managed Borussia Monchengladbach but recently stepped down. Villa might also look to bring David Moyes back into the Premier League. These managers have more experience than Sherwood and might relish the challenge of managing Aston Villa.

It’s believed that Rodgers is a key target for Aston Villa already, and is favoured by Villa’s chief scout Paddy Reilly who has gained more power at Aston Villa since arriving during the Martin O’Neil era.

With Sunderland recently appointing Sam Allardyce, it does put more pressure on Aston Villa. Allardyce is a good manager and massively increases Sunderland’s chance of survival. Right now, we look as a relegated team, and defeats to both Chelsea and Swansea would be simply too much for Aston Villa. The managers available right now are of better caliber than Sherwood, but at that time, he was the best out there.