Browse: Home » Lescott Is Way Past It

Lescott Is Way Past It 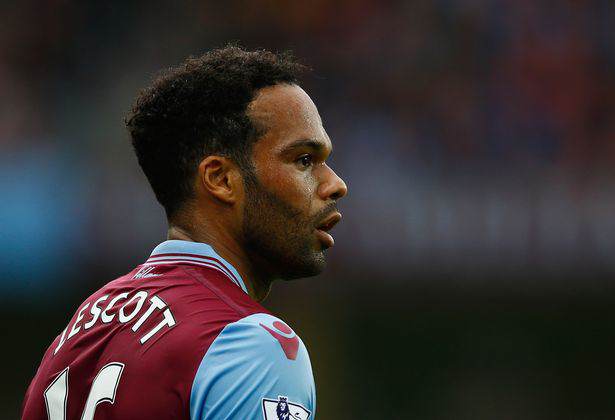 Joleon Lescott recently moved to Aston Villa from West Brom for a fee of £2 million as Sherwood looked to add experience to the backline following the departure of Ron Vlaar. And yet, he has yet to improve the defence and his experience doesn’t really seem to count for much. Lescott has been brought into the team, in favour of Clark and his performance don’t seem strong enough to justify keeping Clark out of the starting 11. Ironically, West Brom wanted to sign Clark as a replacement for Lescott.

Yesterday Lescott was exposed, badly. He failed to close down Milner fast enough, positional he has been very poor, and has been slow to chase the ball. Lescott’s best attributes are strength and perhaps defending set pieces. Primarily, Lescott would be better against more phyiscal sides, those who don’t like to pass the ball around very quickly. Which is why Lescott struggled so much against Liverpool.

To put it on a difference perspective, Lescott is yet to get a clean sheet in defence, whilst Clark has already gotten 2. What will happen when Okore comes back? Surely he is not better than both Clark and Okore. In August, when Clark partnered Richards, Villa conceded 4 goals Clark in the side. In September, where Lescott has primarily played, 7 goals have been conceded. That’s quite an increase. Clark does have experience, he has played over 120 games for Aston Villa, and as things stand, Clark is a far superior defender than Lescott.

Perhaps Lescott is playing because he has a personal relationship with Sherwood? It seems as though Sherwood does play his favourites as the likes of Gil, Kozak and Clark have struggled to find game time as of late. The answer seems simply, play Clark in favour of Lescott and our defence will strengthen. At least that’s what the numbers seem to suggest.