Browse: Home » Have Referee’s been against us?

Have Referee’s been against us? 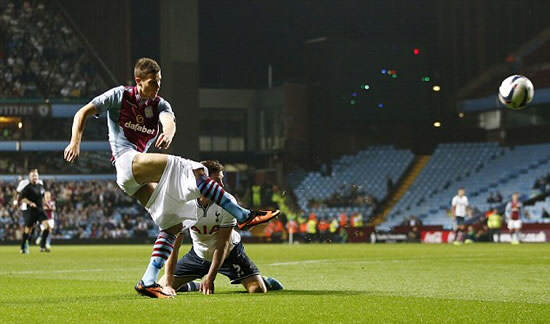 Aston Villa were beaten fair and square by Tottenham yesterday, however I keep wondering if Aston Villa were given a penalty for the Helenius pants down challenge, would the result be different? Perhaps not, but looking back into the season I feel as though many referee decisions have gone against us, especially against the ‘bigger clubs’.

Against Arsenal there were many controversial calls for both sides, however when Szczesny fouled Agbonlahor I believe that should’ve been a red card. At least we were given a penalty at the very end. However that game wasn’t as bad as Chelsea, oh no, Ivanovic got away with a brutal foul on Benteke before scoring a Chelsea winner minutes later courtesy of an offside position. That decision alone cost Aston Villa at point at least, if not all 3. And now, most recently, Helenius wasn’t given a penalty for having his shorts pulled down to his ankles.

Paul Lambert has already been fined for critising referee decisions in the past, however if the manager is genuinely correct, no fine should be imposed. Time and time again we’ve seen the likes of Sir Alex Ferguson get away with referee criticism, but the same doesn’t happen towards the ‘smaller’ bosses. I’ve also considered the FA perspective, I agree that referee’s have a very stressful job. However there is a solution to this, a way to get pressure of the referee’s back’s.

This solution maybe a bit unpopular but I’d like the FA and hopefully UEFA and Fifa to introduce a 3-challenge system. Managers can ‘challenge’ three referee calls during a game, if the call is indeed correct, the manager get’s to keep there challenge. Should the call be in-fact incorrect the manager loses that challenge. That decision would then be reviewed by the fourth official on a television screen, or better, let the whole stadium see ‘challenged call’. This would relieve a lot of pressure from referee’s and I also believe it would stop blame on referee decisions around the game. Some people don’t want technology to enter football, I think it would only benefit Aston Villa and the Premier League.