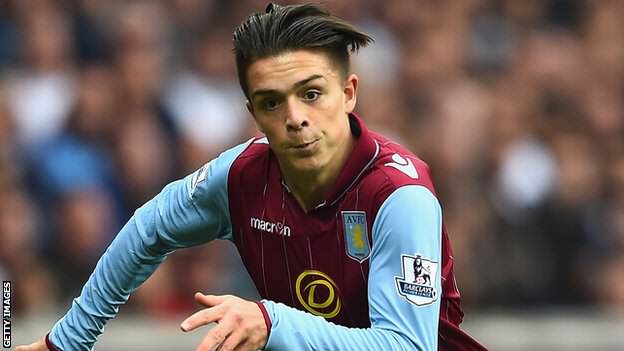 Jack Grealish has been fined by Paul Lambert for sending a tweet that reflected his discontent in the amount of playing time he has seen this season. The tweet in question:

Lambert wasn’t pleased with Grealish’s tweet and has since held a meeting with the young winger telling him to concentrate on his football. The tweet has since been deleted. Grealish did recently sign a new four-year deal in October but has failed to start a Premier League game since. Grealish has been limited to two starts, both in Cup games.

Last season Grealish made 38 appearances for Notts County scoring 5 goals while on loan. There has been talk of Grealish leaving Villa for a loan move to the Championship in January, but with the Sinclair transfer off, it’s seems likely that Grealish will end up staying in order to give Villa more options out wide.

I think he should stay off tweeting, that’s what I think,’ said Lambert. ‘I wasn’t happy. I told him to concentrate on football. I don’t think anybody needs to know he’s boiling an egg, you know. Personally nobody’s asked me for Jack (on loan).’

I’m still shocked that Grealish is yet to start a game for Villa. Villa’s attacking threat has been absolutely embarrassing, yet Lambert isn’t willing to give one of your youth players a chance in the first team?! Still, if Lambert isn’t going to start Grealish, at least allow Grealish to go to a Championship team to develop and get some game time under his belt. Hopefully Grealish will start in the FA Cup game against Bournemouth, but he is currently a doubt as he is currently fighting a virus.