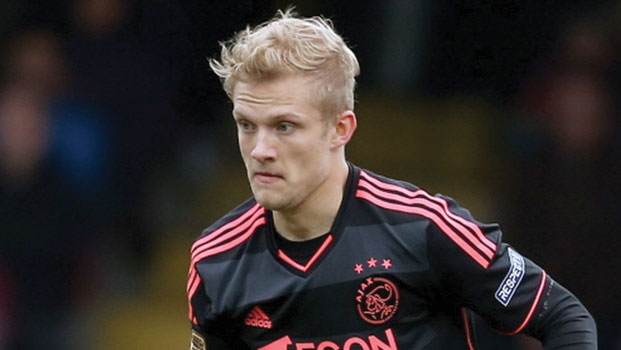 Upon rumours that Aston Villa were interested in signing Ajax left-back Nicolai Boilesen, Ajax have reportedly turned down a £1.3 million offer for Boilesen ultimately confirming Aston Villa’s interest. Ajax want another £1 million at least, in a deal that could see Boilesen moving to Villa for a total of £2.5 million.

Sherwood has identified Boilesen as replacement of Cissokho as he continues to scout the market for a new left-back. Missing out on Boilesen would be another set back for Sherwood after Amavi and Aston Villa couldn’t agree on personal terms. This time around it’s unclear if Aston Villa will be willing to submit an improved offer with Sherwood also monitoring other options. Boilesen does have one more year left on his contract.

Ajax would be willing to sell their captain as Boilesen has stated his intent on moving to either England or Spain during this years transfer window. Boilesen has made 71 appearances for Ajax since 2010 and must have a good attitude as he is captain of Ajax.

”He has indicated that he wants to look abroad, and that is fine.” – Ajax director Marc Overmars

But, according to many Ajax fans, Boilesen is not a top quality left-back. He often forgets his position and could be found playing anywhere on the pitch. Additionally he is a player that is easily injured. It’s safe to say that many Ajax fans would not be too upset by this transfer. On the other hand, there are Aston Villa fans believing that Boilesen could be a fantastic signing for Aston Villa, as Sherwood is in the market for an attacking full-back something that Boilesen could potentially provide to Aston Villa.