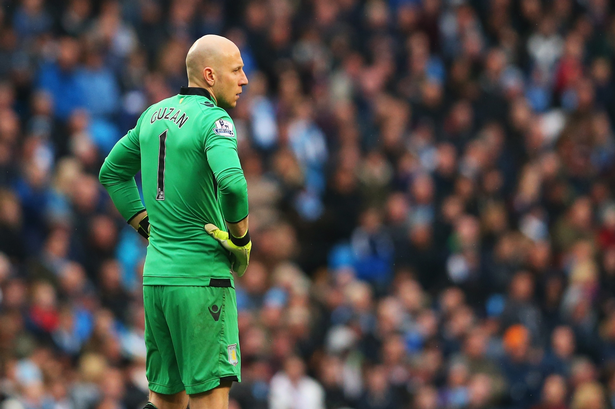 Brentford goalkeeper David Button is linked with a move to Aston Villa with the Telegraph putting Button high up on Tim Sherwood’s transfer wish list. Sherwood knows Button from his days at Tottenham, likewise Swindon’s midfielder Luongo who has too being linked with Villa. Additionally, new goalkeeper coach Tony Parks highly rates David Button and believes he could become a top goalkeeper in the Premier League despite his age of 26.

Sherwood’s and Tony Park’s do plan on bringing in a new goalkeeper in the summer, after Tony Park was also given the responsibility of finding a goalkeeper following his arrival to the club.

Brad Guzan looks like the player that could make way for such a new goalkeeper. Guzan has been a clear favourite under Paul Lambert, but has recently been dropped by Tim Sherwood after a howler against Manchester City. Shay Given has taken his place, and while he has played well, Given will soon reach the age of 40 years of age. Given is currently earning £3 million a year and it looks unlikely that another club will be willing to match those wages. Additionally Sherwood could be keen on keeping Given as he could become a mentor to young Button, like Cole is mentoring Grealish. Given has also talked about taking up a coaching role after he retires.

I do feel as though Aston Villa had a vey good goalkeeping pair in the past few seasons. But Guzan hasn’t necessarily improved and his distribution is poor. Given is not the answer either, I still think he is a good shot stopper, but his movement is definitely slower than it once was. Essentially, our keepers are getting older and bringing in a new keeper would not be a bad idea under the condition that Guzan is sold, bringing in a new keeper would not harm Villa as we’d still have a decent keeper with Given. Additionally, Jed Steer is at the club and Sherwood did once say that he has been impressed with the young keeper’s recent performances.

In other keeper news, Benjamin Siegrist has suffered a fracture in his right fibular and will undergo an operation this week. He is expected to be out for 3 months. Following loan spells as Burton Albion and Cambridge United, Siegrist is yet to make a first team appearance for Villa yet. Following his career, and some of the article I have previously written in the past. I still believe that Siegrist could make an impact for Aston Villa, but time is running out for him and this is just another set back for the young Swiss keeper.