Browse: Home » Remembering the 42 matches when Villa scored four or more goals in the Premier League

Having earned a favorable reputation over the years, Aston Villa’s honours include several domestic and European league triumphs. In 1996, Villa attained the League Cup in the Final Football competition on March 24, in Wembley Stadium. Aston Villa Football Club (AKA, Villa, The Villa, The Lions, and The Villans) are a professional football club located in Witton, Birmingham that have consistently played at the top level of English Premier League football.

Founded in March 1874, they have played competitively since 1897 at Villa Park. In 1888, they were the founding members of The Football League. More recently, in 1992, they founded the Premier League. Ownership was passed from Doug Ellis to Randy Lerner in 2006, who announced in May 2014 his intentions to sell the club. Through an understanding of the dynamics behind Aston Villa, it is possible to more fully appreciate the rich heritage of this football club and better appreciate the legendary matches.

The History of Aston Villa 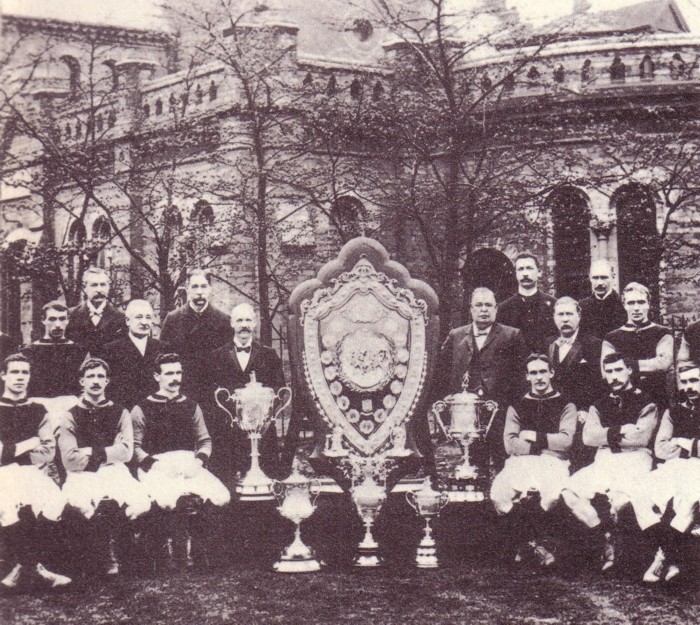 Four members of the Villa Cross Wesleyan Chapel in Birmingham founded the Lions Football Club in early spring 1874. Jack Hughes, Walter Price, Frederick Matthews and William Scattergood helped organize the very first match against another local rugby team, Aston Brook St Mary’s. This first match was played with a unique combination of rugby and football rules. Once the Villa became established at the Wellington Road location in 1876, they immediately became renowned as a prominent team in the Midlands, after winning the Birmingham Senior Cup (1880).

Since that time, Aston Villa has continued to build on their early reputation with consistent wins throughout the decades that followed. In 1981 and 1982, Aston Villa won the European Cup. Along with this accomplishment, they attained an honorary position as one of the five English football clubs in what has since become the UEFA Champions League. Further, the Villans are amongst a handful of English clubs to earn major honours. They have won the First Division Championship, the FA Cup, the Football League Cup, and the UEFA Super Cup.

The club’s first FA Cup win was in 1887, when Archie Hunter (captain) became one of the initial football heroes. In 1888, Villa competed in the foundational Football League, with the original twelve teams. By 1897, when Villa secured The Double, they relocated to their current home, Villa Park, more formally known as Aston Lower Grounds. During the Victorian age, Aston Villa arose as the prominent football club in England having already won five titles and three League FA Cups. 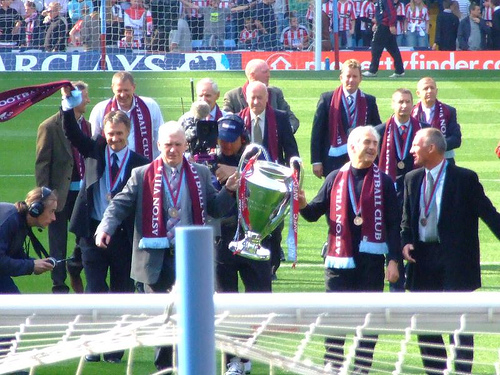 Since Archie Hunter became a household name in 1887, several Villa players have been exemplary players, causing Villa to achieve 42 matches where they scored four or more goals. As a professional English footballer, Gabriel “Gabby” Agbonlahor currently plays forward for Aston. Having made his team debut straight from the Aston Villa’s Academy, in 2006, Gabby has made over 300 League appearances for Villa, scoring goals in ten successive seasons. Striking over 70 goals, Agbonlahor is the all-time Lions Premier League scorer. In 2008, Agbonlahor achieved an overall Three Caps in his senior debut at the international level.

Christian Benteke is another top contender for Villa with five goals and one FA Cup Goal, possibly scoring some of the most critical goals for Villa player in recent history. Benteke’s solo goal served to win a recent game versus Crystal Palace. Andreas Weimann, with three goals and one FA Cup Goal, is another current player who is amongst the contenders for Championship player.

Scott Sinclair, a footballer on loan to Aston Villa from Manchester City, is a winger, has also scored significant goals, including two FA Cup Goals. Presently the leading FA Cup scorer Sinclair has an impressive ratio of goals to minute. The current leaders, combined with former players, such as Juan Pablo Angel, are what have and continue to make Aston Villa stand out in the Premier League.

Legendary Juan Pablo Angel also ranks with the all-time top Villa footballers. After playing for five seasons with Nacional during the 1990s, Angel signed on with the Lions. He joined the English Premier League in January 2001, in the record highest signing agreement for the club, £9.5 million. Although his initial games proved to be average, Angel settled into a rhythm, quickly becoming a star. He was the second player to have recently scored over twenty goals in a single season, along with Christian Benteke during the 2012 to 2013 football season.

In 2003-2004, Angel completed the season as Villa’s ‘top scorer’ with sixteen FA Premier League goals. Throughout his career within the club, he achieved 62 goals during the 205 games he played. After leaving Aston Villa, Angel went on to play for the MLS, New York Red Bulls, in 2007. He then returned to Nacional in January 2013, signing a single year contract. While Juan Pablo Angel ended his football career during the finals of the Sudamericana Cup in December 2014, his legacy continued as an Aston Villa fan favourite who has moved on to other exciting challenges such as the poker tables at the LAPT6 in Colombia. Following an outstanding career in football, it is clear that Juan Angel Pablo is no match for other top contenders.

Promise for the Future

Remembering the 42 matches, involves looking back over the years at the clubs legendary players and goal makers. Having completed the 2013 – 2014 season, Villa stands out for having spanned over a hundred seasons at the top level of English football. One of only seven clubs that have played in all of the Premiership seasons, Villa ranks within the top five leagues with major English honours, and as an all-time FA winners in the Premier Leagues. Moreover, Villa is amongst the five English football teams to have obtained the European Cup. The last major match honour was achieved in 1996 when Aston Villa secured the League Cup. With a solid history and many records to their name, the playing field continues to look bright for Aston Villa.