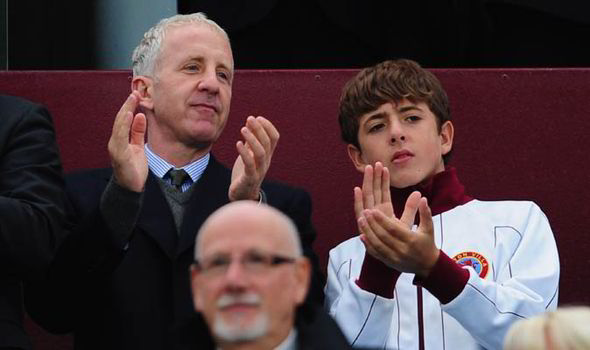 As things stand, no team has survived relegation with 5 points. Can Aston Villa do the impossible and survive this season? So far, I’d say no. During the international break former defender Martin Laursen spoke out in a recent interview and said that Randy Lerner needs to to spend in order to help Villa survive. In recent years the wallet has been shut with many managers working on scraps. As a result we have seen some pretty mediocre players arrive at the club. Some proved to be a success, Benteke, Sanchez and Gil are some that come to mind. Others, less so, Senderos, Gestede and Richardson come to mind.

This season Villa have already spent £53.55 million, a net spend of roughly £8.25 million. More simply needs to be spent. The most important player Villa need to buy is a new forward. Maybe even two. Charlie Austin is a good shout, apparently Villa are interested again and Austin would command a fee of £8 million. At this stage, we can’t bargain, we need to take this price because Austin can score goals, and goals is what we need.

If we can’t spend, we need to look at bringing some players on loan. Some quality players. With Amavi out for the rest of the season, a new left-back would be a good loan addition. Or maybe recall Cissokho and Bennett, they might be better than Richardson for all we know. The midfield is currently stacked, but a good experienced and quality midfield would be much appreciated as well.

Who knows what kind of player Garde is targeting. But if reports are anything to go by, Villa will no longer out to the French League for new recruits since we have enough. We could probably see some Premier League players coming to Villa Park. But no matter who comes it, Randy needs to spend. How much? I think we should see at least 2 or 3 players arrive in January with a total spend between £20-30 million. That might seem outlandish, but it’s exactly what we need right now if Villa and fans have any hope of staying up. Because this will be the biggest challenge of Aston Villa ever. A lot is on the line right now, and if Lerner wants to sell the club, austerity measures have to be chucked out the window because it hasn’t brought us any success just season after season of misery.