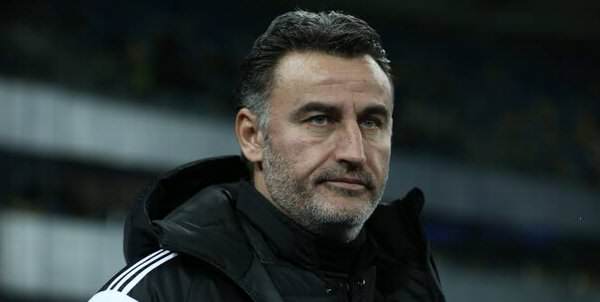 With Remi Garde’s move to Aston Villa beginning to stall a little, Aston Villa are starting to look at other managerial options. The two names that have surface in the media is Gus Poyet and Christophe Galiter. Poyet is out of a job since being sacked by Sunderland, while Galiter currently manages French side Saint-Etienne. Some sources also believe it looks increasingly unlikely that Villa will have a new manager in time for Villa’s Premier League game against Tottenham.

Let’s start with Gus Poyet, Skysports reported that Aston Villa are going to consider Diego Poyet because of his attacking style of play. But honestly, his recent managerial record has not been great. Poyet isn’t greatly experienced and was sacked from the Sunderland job. Poyet was managing Sunderland during a Sherwood’s Villa 4-0 at the Stadium of Light. Prior to the Sunderland job he did manage Brighton. But his win% isn’t too impressive. He managed to win 44.33% of games in the Championship, which is rather mediocre, while at Sunderland just 30.67% of games. I don’t know how likely this could happen but it appears as Villa fans would be furious if he was brought into the club.

Secondly, is Saint-Etienne manager Galiter. Galiter has managed Saint-Etienne since 2009 and in the process won the Couple de la Ligue in 2012-13 season. He has also managed Marseille for a short time period and Aris Thessaloniki (Greek club). His win ratio is 42% so slightly better than Poyet’s overall. Galiter has earned a good reputation at France by developing the likes of Matuidi, Payet, Sako, Kevin Miralles, Aubameyang, Zouma and Max Gradel during his stint at the club. One draw back for Villa would be that they’d have to pay compensation for Galiter, while Garde is a free agent.

If the Galiter rumour is true, it seems as though Villa’s board will continue to look at France for player and staff arrivals as Villa look to bed in some of the many French league players brought in this summer.