Gestede Not the Benteke Replacement 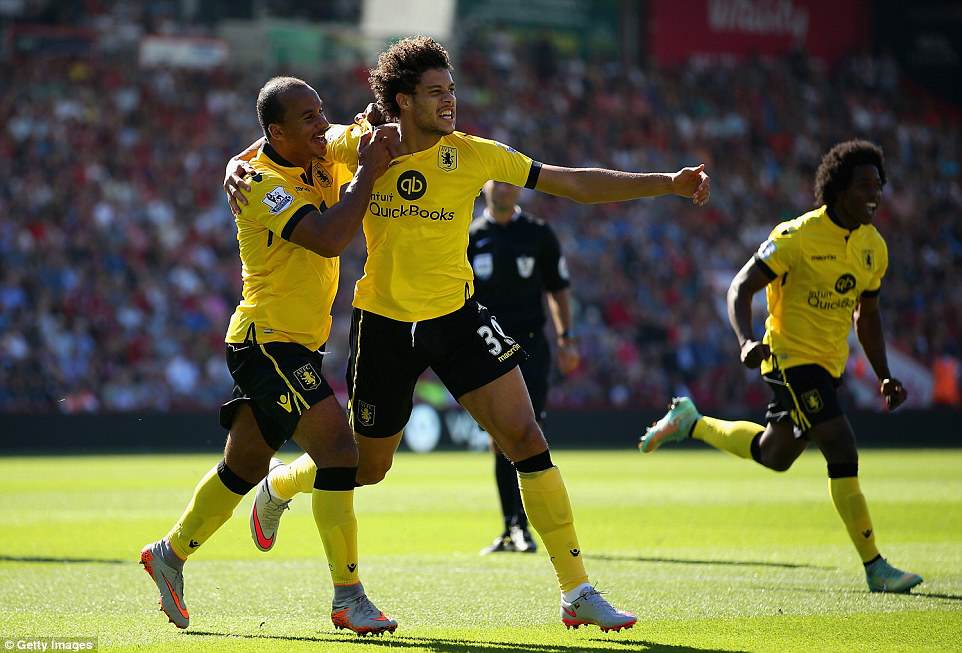 When Rudy Gestede scored his first goal for Aston Villa, in the first game against Bournemouth. It seemed as though we may have found a replacement with Benteke, after scoring a towering header. 5 games and that statement couldn’t be any further away from the truth. Gestede arrived at Aston Villa for a fee of £6 million from Blackburn. Since then, he hasn’t really done much for Aston Villa.

For such a big player, he struggles to outmuscle opposition defenders nor does he actually win too many headers in the air. The tactic of hoofing the ball to Gestede is something I’m not a fan off, but can’t understand why Sherwood keeps utilising. Neither Agbonlahor or Gestede are really winning the ball, and that style of play isn’t what the fans call attractive either. We have creative players this year with Gil, Grealish, Sinclair and Traore. We need to change our style of football.

When it comes to protecting the ball, Gestede doesn’t fair much better. Agbonlahor knows how to use his body more affectively, and did win a few freekicks for Villa. Gestede on the other hand, looks rather invisible whenever he plays.

The worrying thing is that, whilst I feel it’s time to give either Ayew or Kozak more game time it seems as though Sherwood is convinced that Gestede can step up.

‘We looked a little bit more threatening in the second period when Rudy came on and we loaded the box up with more bodies.’

It appears Sherwood is hoping for lady luck to turn Gestede’s form around. But as thing stand, other forwards are more deserving of a chance rather than Gestede. If this form continues, it seems very likely that Gestede will not be at the club next season.