Gary O’Neil Linked, Exactly the type of player we need! 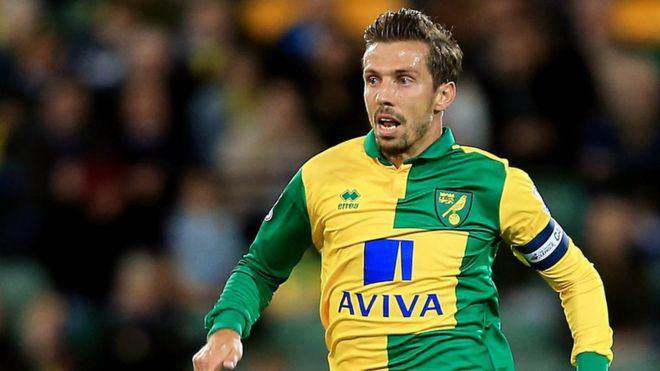 Norwich city midfielder Gary O’Neil has been linked with a free transfer to Aston Villa this week. O’Neil’s contract will be expiring at the end of the season, and as Villa prepare for the Championship, the club is looking to bring in a few players with Championship experience. O’Neil is 32 years of age and has a host of Championship and Premier League experience under his belt, exactly what Villa need next season. O’Neil was originally a right-sided midfielder, but age has caught up to him and has since played more centrally, as he has lost pace over the years. While it’s true that O’Neil is not the greatest footballer, but he is exactly the type of football we need at the club. The Championship is dirty, requires a lot of fitness and will not be easy for a host of players who have never set foot in lower divisions. He is a classic English midfielder who will probably not the cost the club too much in wages.

Of course there might be one hitch, a few years ago West Ham owner Brady  threatened to sue Nigel Reo-Coker and Aston Villa after Reo-Coker tackle on O’Neil broke the midfielders ankle and required a 2 hour operation. But that was well in the past, and I imagine that if Norwich do not offer O’Neil a new contract, Aston Villa should be lining up a move on the experienced English midfielder. Under the condition that the new manager will be responsible and have the final say on transfers. Returning to a transfer committee deciding on transfers is not the way to go!