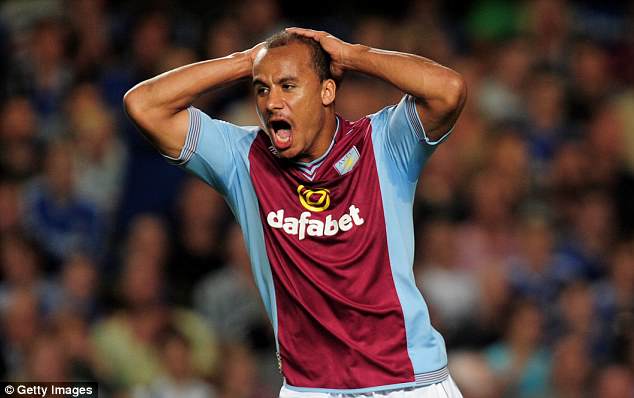 Gabby as we all know is Villa born and bred, and when it comes to club loyalty you cannot ask for more. So if Gabby decided to hang up his boots tomorrow would he be remembered as we remember McGrath, Withe and Saunders today? I like to think so!

Gabby was seven when he joined Villa’s academy, and nineteen years later he’s still pulling on the claret and blue shirt something that is very rare in modern football. Not only that but with the exception of a few seasons he has been a permanent fixture in Villa’s front line for the past seven years.

I, like many people couldn’t understand why Gabby wasn’t in the England squad for the upcoming World Cup Qualifiers. A fast, in-form and threatening forward capable of sprinting through the opposition defence with ease (yes I am a fan of the guy!). Maybe I’m being ever so slightly biased but I think he is certainly a better candidate than Welbeck for a start.

I know he hasn’t won anything with us over the past few years but he has been with the club through ups and downs which just shows his devotion and passion towards the club. He is nearing his 250th league appearance for Villa and form those games he has scored his fair share of goals too.

As stated in the first paragraph, he hasn’t always been at his best but with the work he put in last season and in the start of this one, shows he is capable of being a consistently useful player. Will he be a legend like McGrath or just a player we remember for being loyal? What do you think?