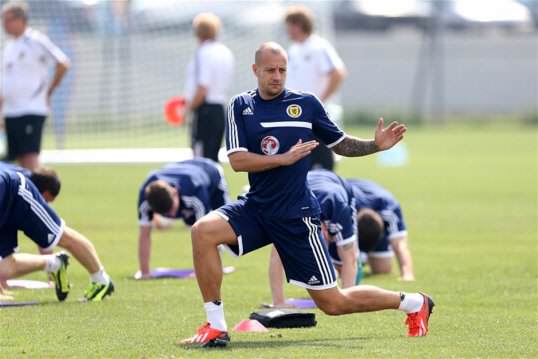 Alan Hutton has joined Bolton on loan until March 29th. The out-of favour defender hasn’t played League football all season. Despite not playing, Hutton still gets called up the Scotland squad. His last cap for Scotland, and ultimately Hutton’s last game was back in October against Croatia.

Just last week, Paul Lambert admitted that Alan Hutton earns too much money and as a result will not play for Aston Villa again. Hutton’s £40,000 week contract will expire in the summer of 2015.

I couldn’t care less for Alan Hutton, he hasn’t played for Villa for over a year and a half and clearly has no future. This loan move to Bolton will allow Hutton to play some football and perhaps get his name on the market. I still it’s very unlikely that Hutton will leave, there was some interest from Spain over the summer, but Hutton refused to lower his wages. I reckon it’ll be the same story this summer.