Browse: Home » Who Has Sherwood Inspired

Who Has Sherwood Inspired 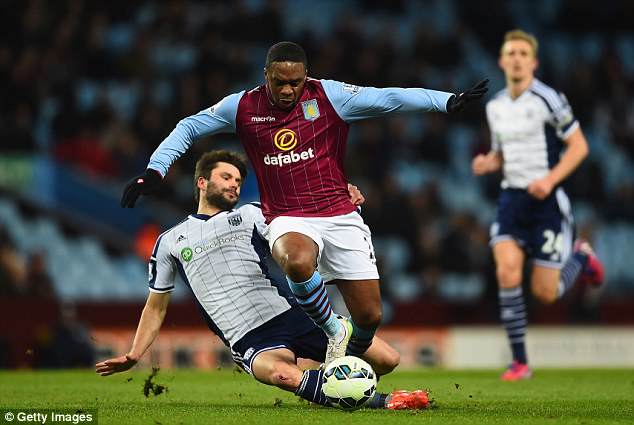 Whenever a new manager comes in, there is a sweep of fresh air in the training ground. Those players that struggled to get any game time under the former manager (Paul Lambert) now have a chance to get onto the team sheet.

Matthew Lowton: During Lowton’s first season at Villa Park he was on tremendous form. Scoring some vital goals (volley against Stoke comes to mind) and playing very well at right-back. After his first season in 2012 there were loads of headlines that saw Lowton being linked with moves to top clubs and the future right-back at Aston Villa. Unfortunately, the following season, Lowton’s performances dipped and was replaced by Bacuna. But finally Lowton is achieving the potential that pundits and experts saw in him. However, it’s not at the right-hand side of the defence but at the left. Despite not playing in his preferred position Lowton has been fantastic. Single-handedly winning the penalty against West Brom a week ago, playing a MOTM performance and providing fantastic crosses. Lowton’s biggest problem is that Hutton is also playing some great football in his natural position, so it appears as though Lowton will have to settle for a position at left-back for now.

Charles N’Zogbia: I might speak too soon about N’Zogbia but I do think he is turning a corner. I will admit, his first game against West Brom he didn’t play well at all. Didn’t offer much of a threat and it was quite apparent that he was lacking match fitness. But in the FA Cup, N’Zogbia played well! He made good runs forward, held possession well and assisted Delph’s first goal. Let’s not forget that N’Zogbia can take free-kicks (scored two in pre-season) and is also staying behind for extra training to regain match fitness. He is determined to make a come-back and I respect that. Additionally, N’Zogbia does have two assists for Aston Villa, that may not sound like a lot but he is third in Villa’s total assists.

Scott Sinclair: Who would’ve knew that Scott Sinclair still had that talent that he displayed at Swansea! Sinclair barely played much football since joining Man. City and his loan spell at West Brom was a disaster. But it looks as though Sinclair has found a home. Three goals already and is on form to become top scorer at Villa this season, who would’ve expected that! Sometimes his commitment on the pitch is questionable but when giving a talking too, Sinclair does impress. He is match-fit, has pace and isn’t afraid to beat a man. Sinclair is definitely the left winger that Villa have lacked since Ashley Young’s big move to Manchester United.

Youth Players: Perhaps they are yet to make an impact for Aston Villa at the top level but I bet that the majority of youth players at Villa are excited to work with Sherwood. Training and playing alongside the first team must be great for the youth players. Not only will they have greater interaction with the senior players, but they will benefit from the experience that players such as Senderos, Cole, Vlaar and Given all boast. Jack Grealish looks as though he will have more playing time, Sherwood wants to work with Grealish one-on-one, it’s just such a positive attitude compared to when Lambert was in charge. Also, Gary Gardner who is currently on loan at Nottingham Forrest has expressed his interest in working with Sherwood once his loan move expires. This is excellent news because Gardner has been on tremendous form at Nottingham. Gardner has already scored 3 goals for Forrest, 2 of them being superb long range strikes. Forrest fans want him to stay, but with Sherwood in charge the odds increase that the talented midfielder will get a chance at a Villa shirt next season. That same statement can also apply for other youth players looking to break into the first team.