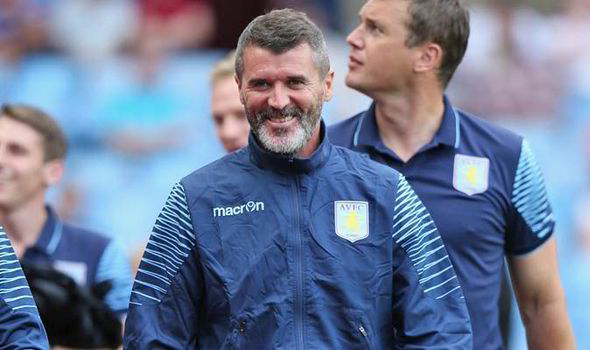 “Ultimately, my roles with Villa and Ireland and combining my commitment to these have become too much,” he said in a statement.

“It isn’t fair to either Villa or Ireland, so I’ve made this decision.

“I’d like to thank Paul for giving me a great opportunity to come to a brilliant football club, I’ve really enjoyed my experiences at Villa and I wish the management team, the players, the supporters and the Club nothing but the best going forward.” – Roy Keane

Many Villa players praised the impact of Roy Keane and his training methods, many players were also impressed and keen to learn from the experienced midfielder. It’s also believed that Keane influenced the transfer of Tom Cleverly.

“Roy came to me this morning and he informed me that, ultimately, the difficulty of combining both roles has prompted his decision, which I respect totally.

“In the brief period we have worked together he has been great in the role and I understand his reasons for leaving.” – Paul Lambert

Now Aston Villa have to find an assistant manager, there isn’t any information regarding who will take Keane’s place. But some players, such as Bacuna might welcome this departure as it’s believed that his limited game time was largely influenced by the arrival of Keane. Nonetheless, I reckon Keane did help the side mentally, especially at the beginning of the season. Our defence have become stronger and our players have appeared to be more committed at the back. His experience and presence have helped little with our attack, but overall I’m happy that Aston Villa were able to lure someone with the caliber of Roy Keane. I wish him the best