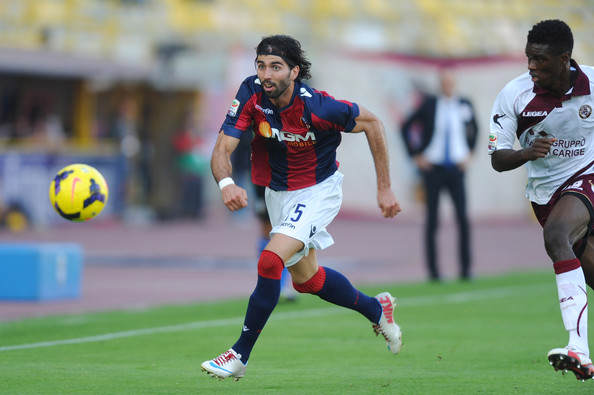 Cordoba FC’s official Twitter account have stated that Cordoba and Aston Villa have reached an agreement over Jose Angel Crespo. There isn’t much information regarding the transfer or who in fact this player is, but based on my research Crespo is a versatile defender who can play across the back-4 but has primarily used as a centre-back. Crespo had played on loan for Cordoba during their season and had made his move to Cordoba permanent this season, until Aston Villa swooped in with a £1 million bid.

It looks as though Crespo will be used as cover for Hutton and a replacement for Lowton who has moved to Burnley. Crespo was involved with a fight with Cristiano Ronaldo when Cordoba faced Real Madrid. Cordoba fan’s claim that Crespo is a decent defender who did well for a relegated side, he is also very disciplined.

I really don’t know what to make of this transfer, there just isn’t enough information about this player. But the rumours are that Sherwood did fly to Spain over the weekend to talk to a few players including Malaga’s Sergi Darder. However, it just doesn’t make any sense to sign another centre-back as we already have Clark, Okore, Richards, Baker and Senderos in the side. Hopefully he’ll be a replacement for Senderos and/or Baker rather than the likes of Clark.