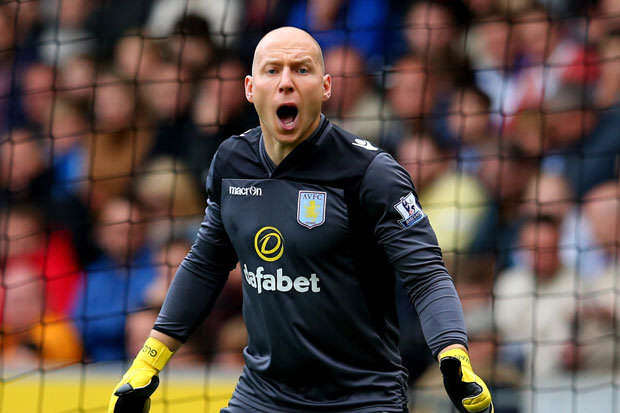 Yesterday evening a swarm of news tabloids have been linking Aston Villa keeper to Arsenal. It’s believed that Arsene Wenger is on the look out for a more reliable keeper than Wojciech Szczesny. In-fact, the Gunners boss has already brought in Viviano on-loan but after a series of good performances from Guzan this season, Wenger may be ready to pounce in January.

Brad Guzan’s performance against Arsenal at the beginning of the season sparked the Gunners interest, since then, Arsenal scouts have watched the US keeper play at least twice. Szczesny’s form has improved as the season has progressed, yet Wenger is keen to keep his options open. Guzan has since been linked with moves to either West Ham or QPR before establishing himself as Villa’s number 1 keeper.

Brad Guzan has been terrific for Aston Villa ever since he came into the side, I’ll admit he had a tough first few seasons at Villa Park but under Lambert he’s been playing very well. The reason why I’d have to rule out a move is simply because the American signed a new contract extension in the summer until 2016. Had it not been for that contract extension, he could very well have moved to London. Still, if Aston Villa don’t progress higher up the table, Guzan could very well move clubs and that would be a disaster, especially if we lose Benteke as well.